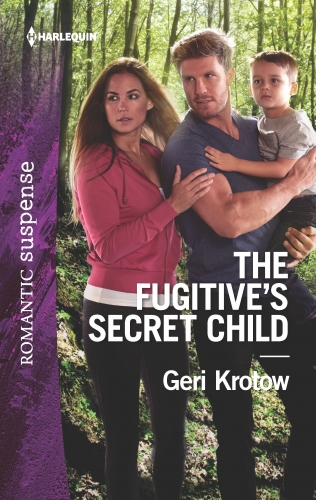 Presumed a casualty of war, former navy SEAL turned undercover operative Rob Bristol is on the hunt for a ruthless Russian mafia leader. But when beautiful US marshal Trina Lopez captures him, he discovers there’s more at stake than their passionate past: they share a son! And to defeat a killer desperate to silence their family, Rob must risk it all.

is Book 5 in the Silver Valley PD Series 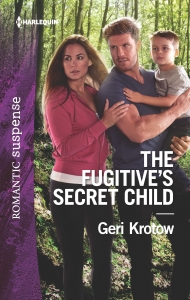 When she’d jangled that key in midair he’d wanted to whoop. Until he caught the glimmer of her eyes, the slant of her cheekbones. Until he’d looked, really seen her body. Same curves but fuller. Somehow stronger than before, which was incredible since she’d always been able to keep up with him on training runs around the airfield. And then she’d spoken. Her voice was unforgettable. Tragedy and fate might have put several lifetimes between them, but he’d recognize her voice anywhere.

Trina was a US marshal. And just as memories of her and what they’d shared in the godforsaken desert saved him in the depths of POW torture, she’d plucked him from certain death today.

Bullets strafed the dirt on either side of the ATV as they sped away. He had to fight from telling her what to do. If she was a US marshal, she knew what she was doing. Judging from how quickly they put Vasin’s men behind them, she was for real. Did she even have a clue who he was? Had he imagined the flicker of recognition that crossed her face, the initial look of shock?

She buried you a long time ago.

“You okay back there?”

“Fine.” He leaned his torso against her back. The hell with it. Aches and repeat injuries to his rib cage and jaw weren’t as easy to ignore as they’d been five years ago. His thirty-year-old body had the aches of a seventy-year-old at the moment, thanks to Vasin’s attention to detail. Rob realized he’d been lucky to transition to the CIA after his SEAL time, and then into Trail Hikers. However, maybe he’d bitten off more than he could chew by signing up for this particular Trail Hikers op. There were other, less lethal ops to take on.

No. Not a thought he’d entertain while escaping certain death, while Ivanov remained out there. Trina took the ATV through a rough field, and the jostling made stars stab at his closed lids. Oh yeah. He’d taken a decent beating this time.

“Hang tight. It’s going to get a little rough, but we’ll be in a regular car soon.” The commanding tone reflected her years of training. First as a Navy combat pilot and now as a marshal. He’d have pegged her as a shoo-in for the commercial airlines, but her will of steel no doubt made her an excellent marshal. The best.

He leaned against a woman who’d changed as much as he had in five years. Yet her body felt as if it still belonged to him. He cursed himself for paying attention to anything but their getting out of range of the ROC’s bullets. She was married, most likely to the man he’d seen her with. And she had a kid. There was no future with Trina, only this present space as he leaned against her. But no matter what he tried to think of to keep his heart from pounding with exultation that he’d found her again, it was pointless.

It was as if no time had passed.

Wrong, buddy. Five years have passed. Five years in which she never tried to find him. Assumed he’d died. Would he have believed she’d died if presented with the same circumstances?

Anger washed over him. She had no idea that her threat to kill him if he tried to escape meant nothing, no clue that he could kill her with his bare hands. Speeding ATV and multiple injuries be damned.

Sure you’re not overestimating your capabilities?

More like underestimating his injuries. Rob groaned, and for the umpteenth time refused to acknowledge his mortality. At least the pain kept him grounded, which he needed. Trina wasn’t his angel or savior. She wasn’t his anything. The ATV hit a large bump, throwing them airborne for a solid second. He held on to the woman and let himself enjoy the physical contact with her, no matter how brief. Even though he’d crushed her chances of happily ever after with him. Or rather, the war and extenuating circumstances had. He would sure as rain jump off this vehicle if he had to. No matter if it killed him. At least it would be on his terms and not Vasin’s. And Trina need never know it was him.

You’d never leave her to face them alone.

No amount of bouncing on an ATV with his most certainly bruised if not broken ribs could cause enough pain to keep him from facing the cold truth. It mocked him with each jarring movement.

Trina changed her focus, from the trail as she swerved off it onto avoiding tree trunks in the dense forest. It was the perfect spot to keep them out of sight and more importantly, out of bullet range of Vasin’s men. The intensity of the wooded route allowed her to hang on to what felt like the last remnants of her sanity.

It was as if her fantasies had materialized in the form of a man who said he worked for the same team she did, and who looked, sounded and walked exactly as Justin had.

His breathing was shallow as he kept his arms around her waist, and she winced with him at each outcropping, each shale rock that the wheels hit. As if it really were Justin. As if maybe, somehow, he’d survived that explosion, crawled out of the detonation crater and lived.

His loud groan of pain tensed her muscles. Now she was feeling his pain. This wasn’t how to work an apprehension.

“Hang on and I’ll get us off this as soon as I can. It sounds like we may have lost them.” Not that the loud roar of the ATV was any way to elude detection. She only had to get them near her vehicle and they’d have the upper hand.

If her mind would stop playing tricks on her. 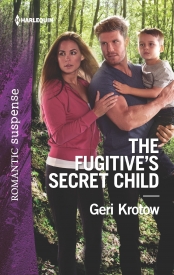