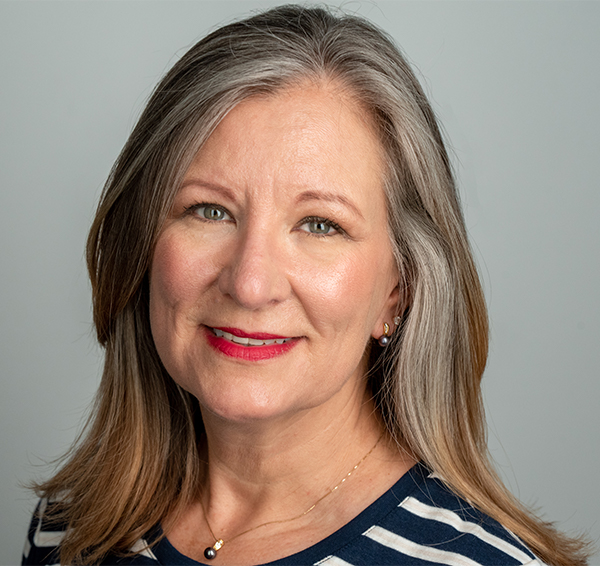 Are You New to Geri?

With over 30 published novels ranging from women’s fiction-y romance to thrilling romantic suspense, there’s a Geri Krotow book for you. Geri’s books are clearly definable for heat levels, too, which makes picking a new-to-you story quick and easy. Check out New to Geri? and find the right book for you!

Geri Krotow is the award winning author of over 30 novels, including the Whidbey Island contemporary romance  series and the Silver Valley, PD romantic suspense series. Fall 2022 will see the launch of Geri’s first cozy mystery series, the Shop ‘Round the World series, starring retired Navy Pilot Angel Warren, with book one,  A Santa Stabbing. Geri enjoys creating  stories that stand the test of time, and with settings that she has personally experienced.

A U.S. Naval Academy graduate and former Naval Intelligence Officer, Geri left her Navy career after nine years to follow her heart and focus on her dream of becoming an author. While Geri may have left the Navy, the Navy hasn’t left her as many of her characters and stories reflect her wide military experience, including serving as Navy Spouse both at home and abroad. She has travelled the world, living in such far-flung places as Whidbey Island, WA and Moscow, Russia.

Prior to writing, Geri served for nine years  after graduating from Annapolis. While on active duty she earned her Master’s Degree in Information Systems from the United States Naval Postgraduate School in Monterey, CA. She served as the Aviation/Anti-Submarine Warfare Intelligence officer for a P-3C squadron during which time she deployed to South America, Europe, and Greenland. She was the first female Intel officer on the East Coast to earn Naval Aviation Observer Wings. Geri also did a tour in the war on drugs, working with several different government and law enforcement agencies.

While still unpublished, Geri received the Daphne du Maurier Award for Romantic Suspense in Category Romance Fiction. Her 2007 debut, A Rendezvous to Remember, earned several awards that included the Yellow Rose of Texas Award for Excellence. Geri’s second book What Family Means received critical acclaim to include a review in the Chicago Tribune.

When not writing or reading, Geri loves to knit and go on long walks with her beloved dogs.  Meeting friends for coffee, yoga, and her garden are other passions. A native of Buffalo, New York, she relishes frequent return visits.

After over a dozen Navy moves due primarily to her husband’s Navy career, Geri is grateful to be settled in their mostly empty nest with her husband, two dogs, and a parrot who stalks her daily.

• Geri's brush with President Barack Obama and the First Lady is featured in the October 2009 issue of RT BOOKReviews in the article: Obama Does Romance,

Below: (Official White House Photo) President Obama with Geri's book A Rendezvous to Remember in hand. (Geri is the blond head behind the woman with her cheek in her hand.)
Read the story behind the photo, and watch the video below. 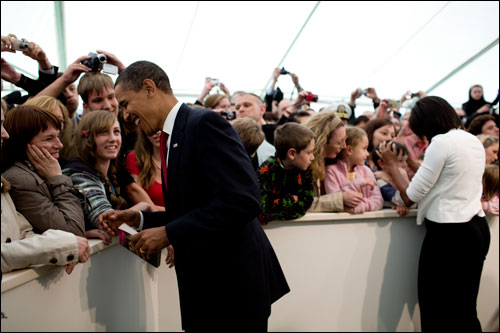 • Geri and her RomVets sisters were featured in USA TODAY's Happily Ever After blog, each sharing a story of when a military venture yielded an HEA and promoting their military holiday anthology Coming Home For Christmas. Get your tissues ready!

• Geri had her first mention in Publisher's Weekly when asked how she effectively researches her military characters. Get an inside peek at the opening scene of Navy Rescue here.

• Geri was featured in the July 2013 issue of the Navy Times. Read the article online.

• Geri is featured in the Military Officer Association of America's Magazine.

• Geri is featured in the June 28, 2009 issue of the Capital Gazette in Annapolis. Read the article: The Write Stuff: Military Provides Good Training for Some Authors (here's page 2).

Want a dynamic, motivating speaker for your next group event? Consider Geri!

Workshops can be singular or combined for a full day retreat. Contact Geri today. Please include your group, the date you’d like Geri to present, and which topic(s) you are interested in.

Learn to take your story to the next level of crafting expertise. In the US Navy, sailors attend boot camp and then go on to A-School, a specialized course in their area of military specialty. In this workshop Geri covers the writing craft beyond basic plotting and characterization. Topics explored include the Heroine’s/Hero’s Journey, theme, parallel plots, epistolary structure. Geri has presented many workshops on craft over the past two decades, most recently with Central Pennsylvania Romance Writers and A Novel Idea.  This workshop is flexible in time requirement depending upon your group’s needs.

How to clear the roadblocks on your path to writing success

Resistance is a common factor in many of us never achieving our life’s purpose and/or dreams. In this workshop Geri will walk you through identifying what Resistance is, how it shows up in our daily life, and why it’s always going to be here—we can’t fight it. BUT we can learn to live with it, and go beyond mere survival to THRIVE and become the person we are meant to be. You’ll identify your talents and see how resistance rises each time you employ your gifts. Geri has presented this workshop to a variety of audiences from writers (RWA local groups) to US Government employees, notably attaché spouses about to enter the global diplomatic world. This workshops requires a minimum of one hour but two is preferred.

Authentic Military Characterization for both Heroes and Heroines

Known for her strong military heroines, and not a few military heroes, Geri combines her Navy experiences and writing acumen to present what it’s really like to serve in uniform. Drawing from personal and researched accounts, Geri will spark your creativity while helping you to ensure your military story, plot, and characters are believable. Geri has presented this workshop in multiple forms on the national and local level, to include Romance Writers of America’s annual conference, Fiction Fest/CTRWA, Maryland Romance Writers, and others. The workshop is a minimum of 2 hours, with 3 preferred to allow maximum audience participation.