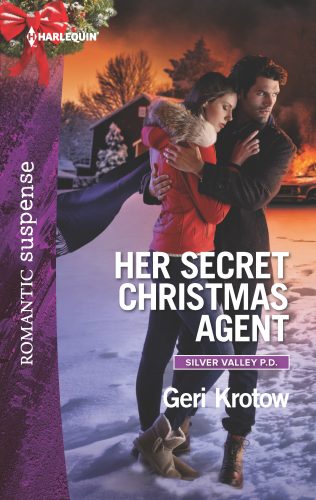 Silver Valley Book Three finds Nika Pasczenko, SVPD officer and soon-to-be secret Trail Hiker Agent, working side by side with chemistry teacher and Trail Hiker Agent Mitch Everlock as the True Believer cult continues its quest to take over the bucolic town of Silver Valley, Pennsylvania by reaching into Silver Valley High School. They must catch the criminal who wants Mitch, and now Nika, dead, before any student is lured into the cult. All in time for Christmas! 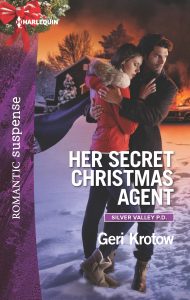 “Is this what an SVPD officer usually does on a Saturday night? When you’re not on duty?” Mitch ate his dim sum expertly with wooden chopsticks. She watched the play of the television’s lighting against his face and wondered how such a sexy, attractive guy was free on a Saturday night.

“My best friend happens to be my neighbor, and we watch a lot of movies on the weekend. We spent the afternoon shopping after I got back from work. Rachel’s. You know, where you—”

“Where I was following you. Again, I am sorry.”

They’d forgone plates to enjoy the meal straight from the cartons on the floor in front of her television. She looked up from her General Tsao’s shrimp to find Mitch thoroughly enjoying his meal.

He tilted his head. “Explain.”

“As you said yesterday, Nika, ‘you’re single, I’m single.’ Remind me again why we can’t do more of this?”

“Mitch…” Did she have to tell him again that she wasn’t the woman for him to get too comfortable with? Maybe she should tell him that a man who’d had the kind of power he’d had in the Marine Corps overwhelmed her. No, he’d never believe it.

“Tell me.” Her small Christmas tree winked with multicolored lights, making the atmosphere cozy and…familiar. Warm. With Mitch’s gaze on her, his body relaxed against the bottom of her sofa as they sat on the rug her parents had brought back from the Grand Bazaar in Istanbul last summer, she wanted to melt into him. Trust him.

“I’m not up for anything more serious than what we’re doing right now, Mitch.”

“Eating Chinese takeout on your floor, under your Christmas tree? Damn, you’re easy to please.”

She set her chopsticks down. “I’ve never dated anyone longer than six months, except Ron, who lasted a year. Since him, it’s been more like six days. My job is everything to me, Mitch. Keeping people safe from the bad stuff out there. From the more simple stuff like shoplifting and speeding and underage drinking, right up to the harder stuff, like trying to crack the heroin epidemic. Do you know that last month, before I started this case, I saved two different addicts right here in Silver Valley? One shot of Narcan to their thigh and they lived through an OD. I have no idea if they went to rehab, or are still alive, but in that moment, I made a difference.”

“What about making a difference for you, Nika? Being a beat cop, any kind of cop, will get harder as you get older. Don’t you want a family of your own to worry about someday?”

How could his words—plain everyday words—make her heart squeeze so tightly?

“As much as my mother would love to see me settle down and have a baby or two, no, I can’t say the temptation has hit me. Besides, being a cop and a mother aren’t mutually exclusive. If I ever had a family, kids, I don’t plan to stop being a cop. You know that—you had to have served with women in the Marine Corps.”

“Yes, I did, and many of them handled motherhood and their dedication to the Corps without a hiccup. As for deciding to have a family, in my experience the right person could change your mind about that.” At her silence he laughed. “Chill out, Nika. I’m not auditioning to be that person for you. I’ve dated several women since I came to Silver Valley over five years ago. One got serious, but, well, she was like your Ron. It didn’t work out. Like you, I’m still single, but it has started to cross my mind. The settling down part. Give it a few years. I think I’m…what? Five years older than you?” They compared birthdates and found he was only two years older.

“Mitch, admit it. You didn’t come here tonight to woo me. You’re here because you didn’t trust me to do what I needed to do at Rachel’s. I’m impressed that you actually feel a little guilty about it. But not enough to stop you from doing it.”

“Maybe. But all cards on the table? I want to get to know you better. Spend time like this.” He motioned at their takeout picnic, the holiday decorations. “Where we aren’t playing roles.”

“It is a good idea to understand what makes each other tick, to a certain extent. Since we’ll be dealing with each other for the foreseeable future and the situation is so high-stakes.”

Mitch stared at the fire. “How long do you think it’s going to take?”

“To get to the bottom of the True Believers, or to find out who’s leaving bloody messages in your classroom and throwing rocks through your windows?”

“We’ll figure out who wrote the threats in short order, I think. Maybe another week or so. I need more time with Rachel, and planning for the Silver Bells Ball is going to help with that. But taking down the True Believers?” She put her food down on the coffee table. “I’m not the lead on the case, Bryce is. And he’s been working it for a year so far. We’ve made some great strides and it looked like we might have had them last spring, but then they got smart and laid low for a while. I’m sure you heard about the mess of a wedding at the mayor’s house. If we’re lucky, Wise is going to get cocky and slip up. The fact that I found all of that propaganda at Rachel’s tells me that they’re getting a little fast and loose, if not careless.”

Mitch put his container on the table as she spoke and turned to face her, his expression intent. No one ever listened to her like this. Growing up, her parents had always been too busy making ends meet after arriving in the US with nothing but their clothing and passports. In college she’d put her nose in the books and graduated with honors, ensuring her entrance into the police academy. At SVPD, the officers were all busy with heavy caseloads. Finding out the most intimate details of each other’s lives wasn’t the objective. Even Ron, as much as he’d claimed otherwise, had never really listened to her except where it affected him.

As Mitch remained silent, she grinned.

“Sorry. You didn’t ask for my entire life story.” She leaned on her hands to get up. “How about some dessert?”

He put his hand on her thigh and his warmth seared through her yoga pants. She stilled, knowing where they were headed. And not only hoping for it but craving it with a ferocity that humbled her.

“Now, you don’t expect me to let such a perfect setup go to waste, do you?” His eyes lit with what she knew he saw in hers. Want. Need.

“What I said before…it still holds.” Her whispered words sounded futile, weak. Who was she kidding? She couldn’t walk away from Mitch.

“One thing war and life has taught me is that all we have is right now. This moment.”

She wanted him so badly she was even willing to find out how much it would hurt to let him go after they gave in to their desire. Because she would let him go, but only after she found out how good it could be. And then her heart would be in shambles again.

Her heart wasn’t helping her now, as it pounded with anticipation, wiping out all logical thinking.

She waited for him to close the gap. She’d made her desire clear. Now it was Mitch’s turn.

Awareness tingled all over her skin as if she were a teenager again. A teenager allowed to explore her deepest, most secret sexual fantasies with the man of her dreams.

Mitch drew out the anticipation as his fingers ran through her hair, cupping the back of her skull while his other hand caressed her cheek, her jawline, her throat. His watched her and she refused to close her eyes, refused to turn away from the intensity in his, refused to beg him to bring his mouth to hers. When his fingers tried to dip into her cleavage, her breath caught. 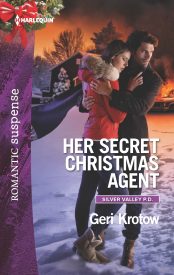