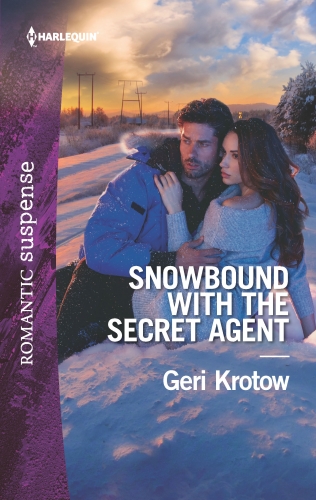 KEEPING AN INNOCENT WITNESS
CLOSE…TOO CLOSE
SILVER VALLEY P.D.’S
MOST DANGEROUS CASE YET
When Portia DiNapoli accidentally witnesses a deadly
crime, she becomes the Russian mob’s most wanted.
But she’s not running anywhere—she’s teaming up with
undercover agent Kyle King to protect the small town
she loves. But what blooms between them is an instant,
lethal attraction that could be the love of a lifetime.
Or one they won’t survive… 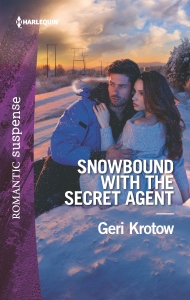 Kyle chased after Portia as he watched the train bear down on the pair in his peripheral vision. He’d seen it pass through the commercial district several times. A lot of times it slowed to a crawl, and then a complete stop as the tracks were switched to allow the container shipments to go to the other part of town that housed many national distribution centers. But this train didn’t slow down, the conductor showing no sign of seeing the women on the tracks as it kept going, way too fast for a local. Kyle figured he had thirty seconds, tops, to prevent Portia from catching up to Markova, or worse, before the train hit them both. Because if Portia caught Markova, the knife blade plunging into her body was the last thing she’d feel.

Kyle couldn’t believe that neither Portia nor Markova had noticed the train as he ran toward them. Portia continued her pursuit of the woman she thought was a mere thief, clearly ignorant of how lethal an encounter with her would be. ROC didn’t put up with interference of any kind and made it a trademark to never leave a witness alive. No matter how trivial the crime, it left no one living to tell their tales. It was what made them so powerful, enabling their insidious network of crime to reach into the most seemingly solid communities.He ran in a perpendicular line to the tracks, knowing he risked Markova seeing him, wondering if he was law enforcement, but he didn’t care. He had to save Portia. The op would still be there—as far as Markova knew, he was either a Good Samaritan or a friend of Portia’s who’d witnessed their altercation. Or even an undercover cop. Let ROC come after him. He’d be damned if they would add an innocent Silver Valley librarian to their tally of victims.

By the time he was within a few feet of the tracks, the women faced one another, the knife in Markova’s hands poised to do maximum harm. He ran toward them and opened his mouth to shout a warning, anything to distract the knife-wielding criminal. But it was futile against the roar of the train engine, the wheels of the old cargo car squealing in protest as the engineer applied the brakes. Too late, though, to save either woman if they didn’t get off the tracks.

He’d practiced so many dangerous scenarios in both his Marine Corps and Trail Hiker training, and experienced countless more in his work as a Marine Scout and then as an undercover operative for the past seven years. There were no surprises as he measured the situation, decided on his course of action, and followed through just in the nick of time. Markova jumped the tracks a second ahead of him. As he hit Portia sideways, tackling her off the tracks and holding her as they rolled down the embankment, the roar of the train drowning out all other noise, he had only one surprise.

He hadn’t screamed “look out” or “stop” or even “train.” The word, the name that had scraped past his throat, dry from the cold air, had been the name of someone he’d never met, not in the conventional way.
Portia.
*
Portia was aware of a very heavy weight on top of her, her face smooshed against a thick winter coat of some type, the scents of tar, train exhaust and something else mingling and filling each breath she gasped for. The click of the train-car wheels across the track oddly comforted her, a definite sign that she hadn’t been flattened by the engine but in fact had been knocked off the tracks.

“You with me?” A low, rumbling voice filled her ears as much as she felt it through her very center. Her shuddering, shock-affected center.

“Y-y-yes.” The chatter couldn’t be helped, no matter how hard she clenched her jaw. But it wasn’t hypothermic shivers that ran through her; it was so much more.

The weight shifted and she realized she lay atop a person, a very large, lean person, on the ground next to the railroad embankment. An involuntary moan left her lips. Did the man hear it? Did he think she never wanted him to leave her?
“I thought you were a goner back there.” He gently rolled them both to their sides, still holding her protectively. Bright eyes filled her vision, a gloved hand cupped her chin.

“Who?” She couldn’t manage more than the one syllable; the question who are you? really didn’t matter, as she was still here, alive, intact. And yet it mattered a whole hell of a lot. Who was this savior?

“Here.” Strong arms on either side of her, the weight gone, the sense of being lifted higher, higher, but in reality the man had only shifted her into a seated position on the ground, sitting next to her, his arm still wrapped around her shoulders. “Give yourself a few breaths before you try to stand up. Assess if you’re hurting anywhere.”

She listened to his voice, acknowledged she could listen to it all day, any day, and never grow bored of it.

“Are you in any pain?” He reiterated his concern as the last few cars passed, revealing a row of Silver Valley PD police cars on the other side of the tracks, back in the parking lot that stretched behind the library, diner and several other Silver Valley businesses.

“No. I’m, I’m okay.” She wiggled her toes, her fingers, and mentally moved up her anatomy. Her butt and shoulders were sore on the left side—the large man had somehow cushioned the rest of her from the impact upon stony ground, but since he’d saved her life, she was inclined to agree with him.

“Who are you?” At least her voice sounded stronger. She’d never met him, she was certain, but there was something familiar about him, as if they did know one another. Suspicion stole into her sense of security. Did he know the laptop thief—was he part of some kind of criminal network?

Gray eyes narrowed, thin lines fanning out from their corners. “I’m someone you can trust.”

She wiped a shaky hand over her mouth. “That’s something after almost being—” She cut off abruptly. Shudders started to wrack her body and tears spilled onto her cheeks. She’d been that close to dying. To losing it all, forever.

In one moment the importance of her worries and hopes to raise money for the library, to expand its services, her homeless shelter efforts—they all evaporated into what she’d almost become. Oblivion. She looked around her and vowed to never take another day for granted, no matter how cold or how aggravated she was by a laptop thief. It could all be gone as quick as she could say “choo choo.”

“Come on.” He lifted her to her feet and hugged her to his side. Only when he motioned with his free arm did she notice the pair of police officers who’d walked up to them, followed by EMTs.

“This woman is on the verge of shock.” Her rescuer’s voice held a note of steel she hadn’t noticed as he’d made sure she’d survived their tumble. She turned to thank him but he was gone. Her brain felt like she was thinking in a fog and Portia didn’t argue as the EMTs each took an arm and carefully walked her back to the parking area. She wanted to squeeze her eyes shut when they had to briefly traverse the tracks again, but at least it wasn’t more than a few paces.

As she received first aid for a couple of cuts and bruises and then was taken to the ER against her desires, as a safeguard, her equilibrium returned. Portia had a lot to do when she got back to the library, but what she wanted to know more than anything was who the man was who’d saved her. And why she could still feel the imprint of his hands, his arms around her as they fell through the air and hit the hard ground, hours later. The matter of the person who’d led her so close to death didn’t elude her. Portia wanted to know who she was and wanted the woman to face full criminal charges for all she’d done. But the overarching curiosity that kept her from drowning in the shock and despair of almost dying wasn’t over the laptop thief. It was all about her rescuer, the man whose arms made her feel like no one could ever hurt her again.

And his eyes—the color of the Susquehanna in January. But unlike the cold slate of the river that ran through South Central Pennsylvania, where Silver Valley was nestled, the man’s eyes had a warmth in them. And a sadness.

It must have been the shock, as he described it, that made a myriad of emotions assault her as she mentally replayed what had just happened. Because what else explained the instant, white-hot zap of attraction she’d felt for the man, her train-wreck savior?

And who was he? 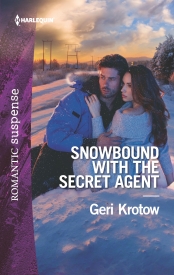