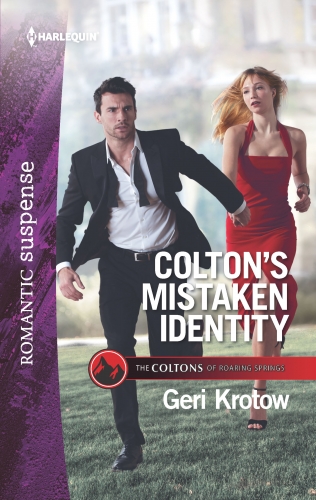 The wrong twin…or the right one?

A Coltons of Roaring Springs romance

Marketing exec Skye Colton suddenly disappears, putting the Roaring Springs Film Festival in jeopardy. Enter Skye’s identical twin, Phoebe, who poses as her sister. In her starring role, Phoebe catches the eye of A-list actor Prescott Reynolds, and she can’t deny the electricity that erupts between them. With Skye still missing and a stalker at large, this is the worst time to fall in love, especially with danger racing toward them…

is Part of the Coltons Series 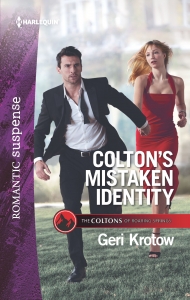 Phoebe never knew that portraying her sister would make her life perk up in the romance department as quickly as it had today. In a few short hours, she’d met and been asked on a date by Hollywood hunk Prescott Reynolds. And now he wanted to spend alone time with her in The Chateau’s Luxembourg Garden, her mother’s pride and joy.

Scents of roses assaulted her as they made their way around the carefully tended landscaping, and she’d never felt safer. At least not since the Avalanche Killer had destroyed her sense of well-being.

No, Skye wasn’t missing, Phoebe reassured herself yet again. Her twin was just purposely staying away from Roaring Springs while she nursed her broken heart. Phoebe would only have to pretend to be Skye for a day longer, she hoped. Playing the expert at casual dating didn’t come naturally to Phoebe, as she needed to get to know someone well before she made any kind of commitment. And her work at The Chateau had kept her life full, save for the romance part.

It was incredibly tempting to allow herself to embrace her attraction to Prescott. Phoebe couldn’t blame anyone but herself for her quiet dating life, but why not take advantage of having some fun? What did they say—no harm, no foul?

Prescott was a man of the world who dated many women, if the tabloid reports were even fractionally true. Posing as Skye, Phoebe would just be another woman he’d have a week of mindless fun with. And when her twin came back, she’d fill her in on what had happened, if anything.

It seemed a sound plan, except for the sick feeling of betrayal in her gut over lying to Prescott. She liked what she knew of him so far and didn’t want to keep pretending to be someone she wasn’t.

“Did you grow up in Roaring Springs, Skye?” They’d walked to a secluded spot under a huge oak tree. He leaned against the tree and she stopped, leaving a gap between them, even though they still held hands.

“I did. I’ve also had the opportunity to travel and I went away to college, so I know there’s more out there in the big world. But I love it here and have never seen anything as beautiful as our mountain.”

“The recent news has to be terrible for you.” His voice was full of compassion. Was this the real Prescott, or had he acted the part of the empathetic listener so often that he played the role perfectly?

“Wait—what recent news?” Mara had been clear that she was to keep the Avalanche Killer case quiet as much as possible.

“The Avalanche Killer. My security detail briefed me on it, and I read a report online this morning.”

It was no use, the news was out. Their reservations had tanked, initially, but had picked back up with no further murders. People hoped the tragedies being discovered had stopped the killer.

“It was an awful time. It still is, and will be, until they catch him. He murdered my cousin Sabrina. We don’t even have the body yet to do a proper burial, as it has to be examined.”

“I’m so sorry.” And she decided to accept his condolence as genuine. Because everything about him so far seemed real, full of purpose.

“Thank you. We’re managing. I have complete trust in RSPD and the sheriff’s office, and as you could see tonight, they’re not taking any chances.”

“I do have to say that while I’m used to high security at events, the proportion of uniformed security seemed a lot higher than I’d expect.”

“Well, there were plenty of plainclothes security officials, too. Our resort runs a top-notch security team.”

“You do?” What had Prescott had to do with The Chateau’s security?

He nodded, a shaft of moonlight hitting his dark hair as he moved. “I have my own security detail, who you might have noticed, for every public event. A bodyguard and a backup. It’s unfortunate, but it’s the reality of life in the public eye today. They have nothing but good things to say about your security man, Harry.”

“He’s like part of our family, really. As long as we’ve been here at The Chateau, he’s looked after my sister and me.”

“Yes, Sk—Phoebe.” Crap, she’d almost blown it! “She’s my quieter self, truth be told. Phoebe is a behind-the-scenes type of person. She works the books and manages all of the events, their production, etc.”

“Are you identical twins?” Again, genuine interest in his gaze.

“We are, although our personal styles are quite different.” Phoebe licked her lips and tugged her hand free of his. He’d start to suspect she was lying if her palm began to sweat…and that would ruin everything.

“It’s okay, Skye.” Low and gravelly, she felt his voice all the way down to between her legs, where desire pooled into a liquid heat.

“What’s okay?” Her voice sounded so breathy, so unlike her usual in-charge self. Being Skye might lure a man in, but who was she to think she could sexually spar with a powerhouse like Prescott?

He reached across the foot or so between them and grasped her waist, pulling her in closer, but not touching. They were a breath apart. Or maybe it was a cry apart, as she felt as though she’d have an orgasm on the spot if he touched her any more intimately. The man had her tingling all over, and not from the anxiety she occasionally suffered. This was pure chemical reaction.

“I know you’re nervous. You’re wondering if you can trust me, if I’m going to use you for tonight or this week, then leave without a trace.”

“That has crossed my mind, yes.” She was pure Phoebe now, as Prescott’s gaze reflected the moon with startling brightness. Her knees shook, and she knew he felt it in her trembling arms.

“It’s scary for me, too. I’m coming off a bad breakup, and I’ve had my share of women who’ve used me for my position.”

“It can be. Part of the job. But it puts us on a more even playing ground, doesn’t it?”

There was nothing about the ground that felt even to Phoebe. Not with this gorgeous man wooing her, making her feel things she hadn’t in…ever. She’d never felt this kind of deep, awe-inspiring attraction to a man before.“What do you mean by that?” Her lips ached for the pressure of his against them, but she had to keep talking, keep him talking. Because once they stopped, there was only one place to go. Would it be as incredible as she anticipated?

“We both are at risk of being hurt.” He drew her infinitesimally closer, breaking through any remaining resolve she deluded herself she had against becoming romantically entangled with him, at least as Skye. “Which, as I see it, means we both have the utmost to gain. This could be perfection between us.”

She leaned in, needing to be closer to him. Wanting him. 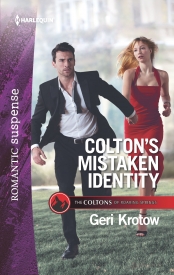