Book 2 in the Whidbey Island Series 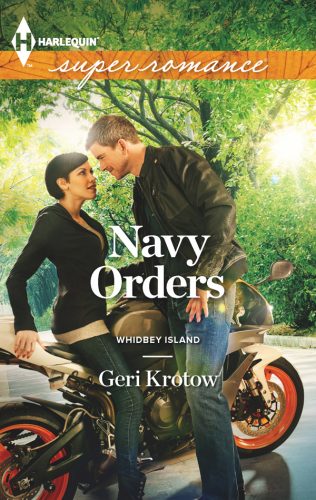 Falling in love is not an order

After a romantic betrayal, naval lieutenant commander Roanna Brandywine doesn’t trust anyone the way she used to. When a chance encounter brings chief warrant officer Miles Mikowski into her life, she’s intrigued. But Ro has spent so long focusing on her career, she resists the attraction.

Miles has had his own share of trauma, but it’s taught him that life is short and he has to go after what’s important to him. Then, unexpectedly, they’re ordered to investigate a sailor’s suicide. They must rely on each other as they discover that his death is not as straightforward as it seems. During their investigation, they acknowledge the chemistry between them, but the real question is whether there’s trust…and maybe even love.

Find out more about the Whidbey Island Series → 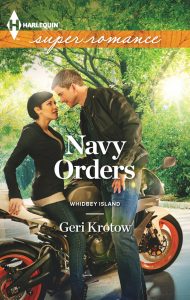 It surprised her that he didn’t try to come up with a lame-ass excuse as to why he’d been staring at her. But of course he didn’t—he was Miles. Over six-feet of solid EOD and dedicated warrior. He wasn’t going to prance about any issue, especially his attraction to her.

And she was ever so attracted to him, too. But he wasn’t the right guy for her to casually date. She wasn’t ready for anyone as intense as Miles. He wasn’t her type.

She worked with him.

“We have to stay on task, Miles. It could get dicey enough without you looking at me like this every time we’re together.”

Already, he was distracted. She saw his gaze wander and catch on something over her shoulder.

If egos made noises she heard hers let out a huge protest.

Before he finished his sentence, he grasped her shoulders and pulled her up against him. The shock of his body against hers sent a myriad of crazy signals to her brain and then back to her most sensitive areas.

“Um, Miles?” Her voice came out in a whisper and she should have been perturbed that it didn’t sound more forceful.

“I’m going to kiss you. Relax and see where it goes, will you?”

Her mouth belied her thoughts as it opened to meet his lips as they covered hers. Warmth, excitement and curiosity collided as months of speculation ended.

This was what a kiss from Miles felt like.

Sparks of delight jumped across her tongue as his tongue flicked at hers to come out and play.

Her hands uncurled from their fists and she raised her hands to his chest, his shoulders, his neck. She sighed into his mouth and reached around his neck, pressing her pelvis against his. She liked Miles’s idea of letting go.

He reacted to her enthusiasm by running his hands over her back, to the small curve of her spine, where he pressed her even closer to his body and erection.

God, it had been too long for her. Way too long. His touch was like the most delicious chocolate bar, the long-awaited sip of rich red wine, the hot bath after a ten kilometer run.

A groan deep in his throat was her only warning before he drove his fingers through her hair and cupped the back of her head, deepening the kiss to an all-out sexual campaign.

Miles had no choice. Well, okay, he could have just pulled Ro into an embrace, no kiss included. But she was too close and he’d wanted to touch her, to kiss her, for too long.

Her lips never held back. They were soft and still at initial contact but her mouth was open from her surprise.

He used her open mouth to his best tactical advantage. He tasted her with a confident lick, and then fully engaged her tongue with his. Her soft sigh vibrated against his lips and whatever tactical reason he’d had for kissing her went out the window. He placed his hand into the small of her back and tipped her hips into him. It didn’t take much pressure at all. His other hand was on her nape, under her short waves that were much softer to the touch than he could have imagined.

His skin thrummed with the touch of her hands on his chest. When her hands reached up around his neck it was his turn to groan.

Still kissing Ro, he opened one eye and looked behind her. The officers he’d recognized from the wing had left. He heard the slam of doors and car engines as the group left the neighborhood.

With that distraction gone, he should have ended the kiss. But Ro was at once soft and insistent beneath his lips. She quivered when he left her mouth and placed a well-targeted kiss on the side of her neck, then let go of a sexy sigh as he trailed his tongue on her throat.

Her mouth demanded satisfaction as she put her hands on either side of his head and guided his lips back to hers. He was gone—diving deep into the hot sensuality that was all Ro.

The sound of a screen door slamming followed by a dog’s high-pitched barks brought him back.

He lifted his mouth from Ro’s hot lips and rested his forehead on hers.

Their breath came in light gasps and he found himself enthralled by the thought of them breathing the same air.

You’ve got it bad.

“That was a surprise.” Ro’s voice was soft but he heard her steel spine in its undertone.

He traced her cheek with his fingers. “I’m not sorry I had to kiss you.”

“You did it to keep the wing staff from seeing us, didn’t you?”

Her sigh made her shoulders rise up and down. The arms around his neck fell and she took a step back. Reluctantly, he allowed his hands to leave the sweet curve of her lower back and drop to his sides.

“Is this how you usually run an explosive ordinance op, Warrant?”

“Out in the field the guys and I don’t do much open-mouth kissing.”

He saw her lips twitch but no way in hell was she going to let him see her grin. Ro was so damned strong. He knew it killed her to let go of her professional demeanor, even in civvies. He’d heard some of the other staff joke that she had a stick up her ass but he knew they were as bemused as he that she was able to stay so solid no matter what circumstance.

Dealing with aviators on a daily basis was never easy, yet she made it look like a quick jog through City Beach Park.

“No wonder, as it would prove too distracting. I hope you don’t plan a repeat maneuver like that again, Warrant.

“I do whatever duty calls for, Ma’am.”

She glared at him. She didn’t usually show this kind of heat, and it took all of his control not to haul her onto the bike and take off for his place.

“What we’re doing will not call for that kind of tactic again, get it?”

“Got it.” She’d enjoyed it as much as he had, he was sure of it. But this discussion was for another time, if at all.

He looked towards Perez’s house. It was modest and neat, at the end of the cul-de-sac one street over. It was easily visible through the grove of fir trees that separated the streets. Only the trunks of the tall, thin evergreens were visible at eye-level as the trees towered over a hundred feet above the homes.

“It’s time to get to work, commander.” 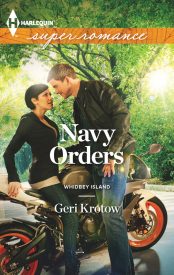