Book 5 in the Whidbey Island Series 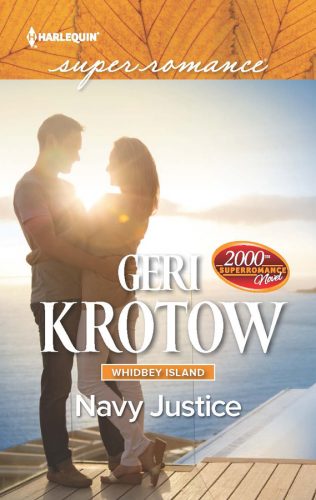 A quiet, civilian life on Whidbey Island sounded great to Navy lawyer Joy Alexander. But when Navy SEAL-turned-FBI agent Brad Iverson shows up on her doorstep bruised and bleeding, she realizes it’s not so easy to leave the past behind. Even harder to forget are the feelings she once had for Brad.

Brad’s on an undercover operation, one that’s targeting potential terrorists…and unintentionally bringing danger to Joy. They’ll have to work together again, except this time it’s not only justice they’re after–it’s survival. If they make it that far, they won’t waste a second chance at love.

is Book 5 in the Whidbey Island Series 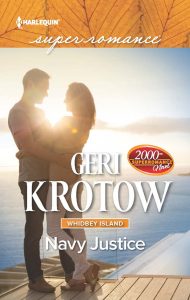 Joy hated being late for anything.

After she applied her makeup in record time, despite her trembling hands, she took a minute to take in her full appearance.

She threw her mascara into the vanity drawer. How could she care about her appearance when she’d witnessed what could very well have been a terrorist attack?

Her stomach churned, and she regretted that last cup of coffee as it threatened to come back up. Nausea was how her body handled the stress, the overload of information and emotions; she was aware of that. It aggravated her gastrointestinal problems. But understanding her physical coping mechanisms didn’t make them any less bothersome.
The beating of helicopter blades and wail of sirens had been constant. She should take the long route to the office and avoid the shore road, but she knew she wouldn’t. She’d want to see what kind of crash recovery site had been set up. Of course it would be on West Beach, practically next to her house.

Back in her sunroom she couldn’t take her gaze off the shoreline. Sure enough, several people were walking the rocky stretch in front of her house, two hundred feet below her vantage point. Most were in some sort of uniform, either Navy or local emergency management. A couple of the responders wore windbreakers with identifying letters like “OHPD” for Oak Harbor Police Department and “US NAVY.”

The police officer or deputy sent to take her statement probably wouldn’t learn anything new from her. The people who could use her eyewitness testimony were higher up on the chain of command, able to make decisions that affected national defense. As a civilian, however, with no immediate access to official Navy communications systems, she had no recourse.

A sharp rap at the back door made her jump. She hadn’t seen anyone walk up the side of her property, most of which was visible from the sunroom.
That couldn’t be the police officer, not yet. It’d only been five minutes, and it took at least ten to drive to West Beach from downtown Oak Harbor, where the police station was located. And a sheriff’s deputy would have to come from Coupeville, twenty minutes away.

Maybe the sheriff’s deputy was already out this way. That was it. She forced herself to relax. And then froze.

Why hadn’t the cop used her front door?

She crept quietly into the kitchen, wishing like hell she’d left for work before she saw the explosion.

She saw the tall silhouette through the door’s window the moment she stepped onto the kitchen’s hardwood floor. The cream curtains she’d hung last weekend meant she couldn’t make out her visitor clearly, but based on the height and breadth of the shadow, it was a man. No evidence of a uniform hat.

Her new suit felt too tight, the tailored jacket too restrictive. What if she needed to defend herself? She tore off the peplum coat, her hands flailing as she freed her arms from the sleeves.

She didn’t have a weapon.

As her jacket fell to the floor she scrabbled under the kitchen sink for something heavy.

She really needed to get a baseball bat to keep next to the kitchen door, besides the one next to her bed. She grasped the cool neck of the small kitchen fire extinguisher.
Tiptoeing to the door, her instincts on high alert, she tried to remember every self-defense move she’d ever learned. Today’s events had been far from routine or normal. She wasn’t going to take a chance that her visitor was a friendly one.

BRAD HEARD HER moving around the house. Joy hadn’t had Spec Ops training, that was for sure—judging by the fact that she’d parked her car in the driveway, allowing any passerby to determine whether she was home. Not to mention that he’d been able to get to her side entrance so easily. She should have a tall fence around the back of her property, with a locked gate. And a more secure side door; this one wouldn’t be hard to kick in.

There’d been no barking, either, so she didn’t have a dog to protect her.

As he listened to her shuffle about in the kitchen, he wondered if she might be grabbing a weapon.

Unlikely. She’d never struck him as the type to harbor a weapon, no matter how legal it might be. That was the advantage someone like Joy had over him—she’d never seen what he’d seen, never had to face down the bad guys except on paper or in a courtroom. She could still believe in the inherent goodness of humanity.

The curtains moved a fraction, enough for her to see him, make positive identification. She’d remember him—but not like this, all muddy, wet, cut up and bruised.

It’d been a rough morning.

Her voice was clear despite the door between them.

He didn’t give himself a chance to absorb the freshness of her beauty, or to register the wariness of her eyes as she looked at him. With moves he’d employed countless times, he wedged his foot in the door before he reached in, twisted the fire extinguisher out of her hand and clamped a hand over her mouth—her very soft mouth. Then he pushed himself inside the house and maneuvered her up against the nearest counter. It took every bit of his focus, every ounce of his strength, to make sure he treated her as gently as possible.

He had one arm wrapped around her waist, confining her arms against her torso, with her hands on his chest. His other arm was across her chest, his hand over her mouth.
As soon as he looked into her eyes, he removed his hand. If she was going to scream—and she had every right—it would be now. There were LEAs, law enforcement agents, all over the area and certainly within hearing distance. It’d taken him almost half an hour to climb up the cliff.

Joy stayed silent except for the shaky whoosh of her breath. It smelled sweet and minty, as if she’d just brushed her teeth. His palm seemed to burn where her lips had pressed against it, and he couldn’t stop looking at her full lips, her face. Her eyes were the same color he remembered. Cinnamon brown. They watched him with unnerving steadiness, missing nothing.

He lowered his arm but kept her in his embrace. This was the only time he’d ever felt her so close. Why rush it?

“I can’t explain everything, but I need to know if you’re willing to trust me. I’m in the middle of an undercover op, and I can’t get caught by the police right now. You’re my last hope before I get hauled away and blow the case.”

She blinked. He felt the tension in her legs, her thigh muscles. She wanted to kick him, to knee him. He got it—and had anticipated her tactics. He held her tight and secure.

“Odd habit you have, Brad. Getting yourself into serious trouble that isn’t your fault.”

God, he’d missed her honesty, the unshakeable confidence that bordered on sheer nerve.

“You can say no and I’ll be gone. You can deny ever seeing me. I’m in a load of trouble and I need your help, Joy.” 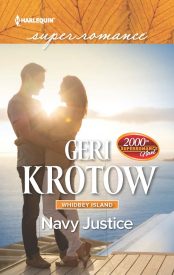